The Mi6WAN network is our Internet Protocol (IP) Based network. Utilizing microwave, fiber and wireless connections we have built a High-Speed Point to Point and Point to Multipoint network using standards based protocols and RF gear. Our links are measured in MBPS not bps like traditional ax.25 based amateur radio based networks. We are currently allocated subnets from the AMPRNet 44/8 of 44.103/19, 44.103.32/21 and 44.103.50/24. These subnets we have allocated down to our different sites for the needs of our network. We primarily transport data in support of our other projects as IP is becoming more and more the standard to transport audio/video/data.

Following the standards of our HamWAN brothers on the west coast we do use Mikrotik routers for all our sites as well as for some of the RF gear were applicable.

We are currently live at 57 different sites with our Mi6WAN gear as well as numinous hams personal QTH’s.  Which means there is a router handing out some Mi6WAN space at the site for equipment or users at that site.  Our two data centers handle the primary BGP announcements to the rest of the internet. For those 44Net/AMPRNET users who are not BGP announced we do run a IPIP Mesh gateway that is announced in the RIP stream to allow access to our subnets as well. If an adjoining network would like we do offer static IPIP Encap peering as well.

We are adding more Point to Multipoint connects with Mikrotik NV2 RF gear. To allow the ability of end users to connect to our access points as they are funded. We are using Mikrotik NV2 TDMA protocol to handle over the air with 10mhz channels in the amateur 5.9ghz band away from part-15 users. As well as the 2.3ghz spectrum now too. 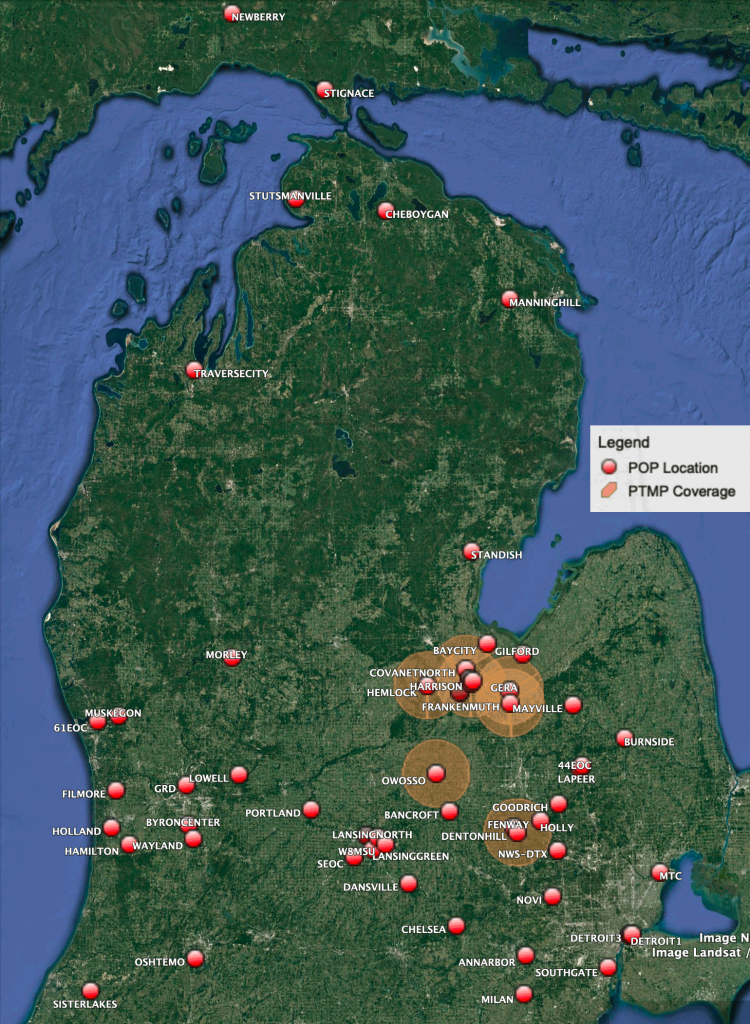